World of Hope Manila celebrated its 4th Year Anniversary on September 30,2012. I and my brother were so blessed to witness such an event. It was joyful and so meaningful, all for God’s glory. We started attending WOH just last June that is why everything about the occasion was all new to us.

It was about quarter to nine when we arrived. They were still setting up lights and instruments as I remember which means we were early! (For the record)Even though we arrived earlier than expected, many members and invites were already comfortably sitting on their cushion seats. The lower box was almost congested so we look for chairs on the balcony. There were still empty places. We decided to occupy two vacant spaces on the center column, fourth row.

Since the program hasn’t started, my eyes feasted around the cinema. The stage turned out to be a colorful performance theater. The various flowers arranged very skillfully were displayed at the center in the front area. I stopped myself from asking the usherettes to bring the flower arrangements home. That’s so dear, man! Haha.

The flickering lights were artistically manipulated which looked like those I’ve seen in school during Mr. and Ms. CEU or during mini concerts. I roamed my eyes and I can see busy bees, some entertaining guests, some were arranging musical instruments, some fixing the lights, some rehearsing. Rated A for effort!

About 10 minutes past nine and the members of the music ministry went upstairs. They were all clad in formal attires. They looked all stunning and glowing. Drums were struck, guitars and bases strummed, keyboard tapped, the music started playing. We all stood up, clapped our hands, swayed as we sing praises. 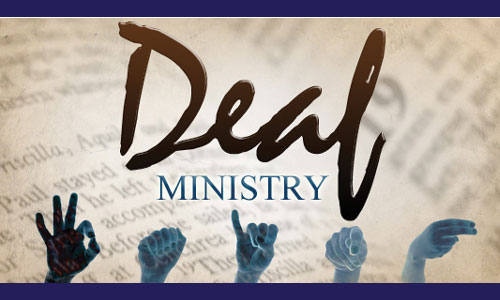 While I was singing (out of tune) loudly, I suddenly noticed what those people seated in front of us were doing. In front of them was a woman, a sign language interpreter who was obviously communicating the lyrics of each song to the deaf and mute occupying the first three rows. No words were uttered but their inner voices and joyful hearts were crying out a song of praise to God louder than thunder. I’ve seen in their lit upped face that they were enjoying what they were doing even if they cannot hear or say a thing. I lifted up my face to the ceiling as if I was looking to God and I smiled. I was so amazed how these people express their praise to the Maker.

It was after an hour until I found out they were the members of the Silent Ministry. I didn’t know that such a thing exists. I myself for one was not a member of any ministry. I felt guilty. They were called by one of the Masters of Ceremony in front to present their Intermission number on stage and executed their roles with confidence. True, there were no conversations but their actions and hand signals spoke louder than words. The facial expressions and body movements were more than enough to portray what they wanted the audience to understand. It was so meaningful, so touching and it was worth watching. After their performance, loud cheers and applause were heard, others did raise both hands while wiggling fingers –the way hearing-impaired and mute clap.

I wonder how much more will these people do for God without their disabilities. I believe they’d go a distance. I asked myself, how about me? God had blessed me with the sense of hearing and speaking, is it worth it? I bowed my head. I know the answer does not please God. During praise and worship, I hardly open my lips when I do not know the song and just look up to the lyrics projected on the white screen. Sometimes even when I wanted to raise up my hands to God, I stop myself because I always think, “Man, it is just me raising hands, others are don’t. It’s awkward.” So I won’t lift it up anymore. There were times also that when somebody is seated in front of me I will no longer sing because I am afraid they’d here my o-o-t voice and they will laugh at me.

Our lips were made to worship God and share his words, not to spread rumors, not to say bad words, not to utter curse to enemies. Our hands were created to be lifted up high as a sign of surrendering our lives to God, to be used in helping the needy, not to slap someone, not to steal, not to kill. If the deaf and mutes find ways to praise and worship God, how much more can a hearer and a speaker do?

Are we waiting for the time for the heavens to shout before we start praising our God the proper way? Next Sunday, start opening those lips and sing praises to God, lift up those hands up high. Close those beautiful eyes so you won’t see what others are doing and you wouldn’t mind what others will say. Think, it is just between you and God.

Remember what the Bible says about praising, Luke 19:40 states, “I tell you,” he replied, “if they keep quiet, the stones will cry out.”Man, don’t wait for the rocks to cry out, start worshiping God, in spirit and in truth!

3 thoughts on “Rocks will Cry Out” 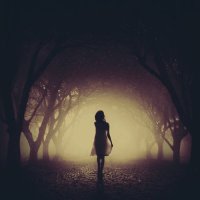